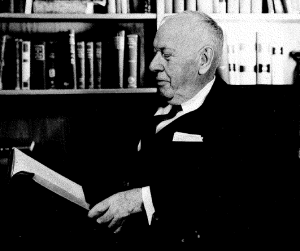 As you may have read, the Law Library recently named its online catalog ARTHUR in honor of Arthur Pulling, the founding director of the library at Villanova University School of Law.  But if we’re going to tell you to “ask ARTHUR” for your research needs, we should probably tell you a little about who Arthur Pulling was, and how he shaped the collection and mission of the VLS library.

Born in 1887, Dr. Arthur Pulling started his career in librarianship early, working in the Harvard Law Library at the age of 14.  He excelled so much while at Harvard that he was asked at the age of 25 to build and direct the new law library at the University of Minnesota (read about their history).  During World War I he was also commissioned to assemble a working law library for the Judge Advocate General’s office, while still serving as director at the University of Minnesota.  In 1942, Dr. Pulling returned to Harvard Law as associate librarian, and eventually director of the library before retiring in 1953.

Coincidentally, in 1953 a new law school was starting up at Villanova University, and it needed a law librarian.  Dean Harold G. Reuschlein sought out Arthur Pulling and recruited him out of retirement to accept the challenge of creating a law library here.  Over the next nine years, Dr. Pulling oversaw the creation and maturation of the Villanova Law Library, until his second retirement in 1962.  Dean Reuschlein wrote of Dr. Pulling:

Arthur Pulling was more than a collector and keeper of law books.  His expertise was sought by law schools and law libraries throughout the United States and beyond.  But he was even more than a librarian’s librarian.  Dr. Pulling was a dedicated man.  He was dedicated to Villanova.  He learned its traditions quickly, and he gloried in being a loyal member of the Villanova family.

In 1960, Dr. Pulling was honored by the Law Library Association of New York as one of four “great librarians.”

Dr. Arthur Pulling passed away in 1963.  When a new wing was added to the old home of the Law School in Garey Hall, the law library was christened as the Pulling Law Library in his honor.  Although the collection has changed quite a bit since Dr. Pulling’s time here, his legacy and vision have left a lasting impact on the methods and values of the Villanova Law Library. 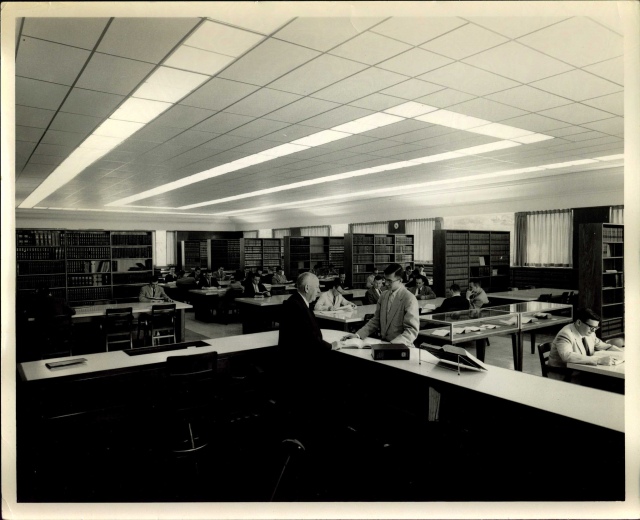 Most of this information has been taken from the book The Villanova University School of Law by Harold Gill Reuschlein, J. Edward Collins, and Robert P. Garbarino, published in 1991 by Harmony House Publishers.  The book can be viewed online here.